Using animals in the fight against invasive species

Could honey bees (Apis mellifera) help in the fight against invasive species?

Whilst prevention is better than a cure, it is not always possible to stop every invasive species from entering an area. In these instances, early detection and rapid response are crucial, as management is much easier while the population of an invasive species remains small. Detection of small populations, however, can be incredibly difficult. With the spread of invasive species becoming an ever increasing problem around the world, it could pay to think outside the box when trying to manage them – could animals help with the fight against invasive species? Researchers and conservationists seem to think so.

Just last month, researchers from Otago University in New Zealand, lead by Dr Andrew Cridge, won a NZ$964,000 grant to work on a potential new method for detecting invasive plant species using honey bees. Cridge’s team plan to place hives in areas which are at high risk of invasion or in areas where an invasion is suspected. By collecting pollen from these bees, they can use genetic analysis to identify if any of the collected pollen comes from invasive plant species. Bees from a single hive visit an estimated 225,000 flowers per day, and the average bee forages only up to 3.5km away from the hive. Using pollen collected from bees could therefore prove an extremely useful way of telling if any invasive plants have arrived in a given area. It would also enable the team to determine the extent and spread of the invasion.

This isn’t the first time animals have been used to detect invasive species. On the border between Alberta in Canada and Montana in the USA, dogs are being used at inspection stations to sniff out invasive quagga mussels (Dreissena bugensis) and zebra mussels (Dreissena polymorpha) which may be hiding on boats being transported over the border. Initial detection tests showed that whilst humans were able to detect 75% of the mussels on boats, dogs were able to detect 100% including veligers, the free-swimming microscopic mussel larvae that are undetectable to the naked human eye. Inspections by dogs were also much quicker than those carried out by human; a boat can be inspected in just 3 minutes. Montana is just one of just 5 states in western USA that are free from invasive mussels, and given that these species cost the rest of the USA at least US$1 billion a year, these border checks are vital for the protection of Montana’s environment. If even a small number of mussels evade detection, in 3-4 years the population would increase dramatically, having massive ecological and economic effects.

These dogs are just a few of those being trained by Working Dogs for Conservation (WD4C). This organisation has also trained dogs to detect the invasive plant dyer’s woad (Isatis tinctoria), which has invaded Mount Sentinel in Montana. For ten years, volunteers worked every summer to search for, and eradicate this pest, but the population of this plant remained largely unaffected. When dogs were included in the searches, the population was reduced by over 99.8% in just four years. This was largely due to the dogs’ ability to detect even the smallest plant or remnant of underground root. WD4C are now working on training dogs to detect wood infested with the invasive emerald ash borer (Agrilus planipennis), and the scent of the invasive brook trout (Salvelinus fontinalis) in river water.

With an increase in trade, tourism and climate change, the spread of invasive species is a global problem which shows no sign of slowing down. Whilst using animals to manage invasive species is likely be effective only at the local level, it’s this “thinking outside the box” attitude which could prove beneficial for finding further national and global solutions to this problem.

For more information on any of the invasive species mentioned in this post, please visit CABI’s Invasive Species Compendium

A scientist from Koppert applying IPM products on tomatoes at a nursery. Tomato is an important crop in meeting domestic nutritional food requirements as well as in income generation and creation of employment for both rural and urban populations in Ke…

Is parthenium’s stem boring weevil safe for release in Pakistan? An update on host range testing 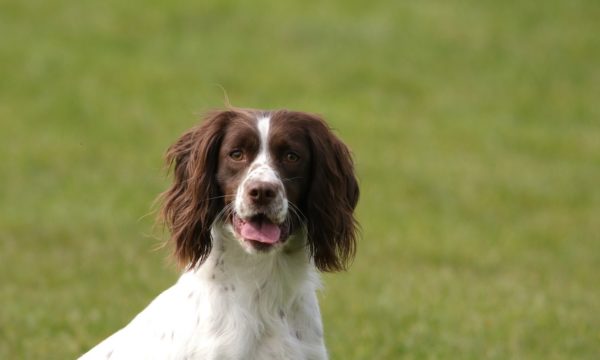 Dogs can sniff out huanglongbing months before symptoms appear