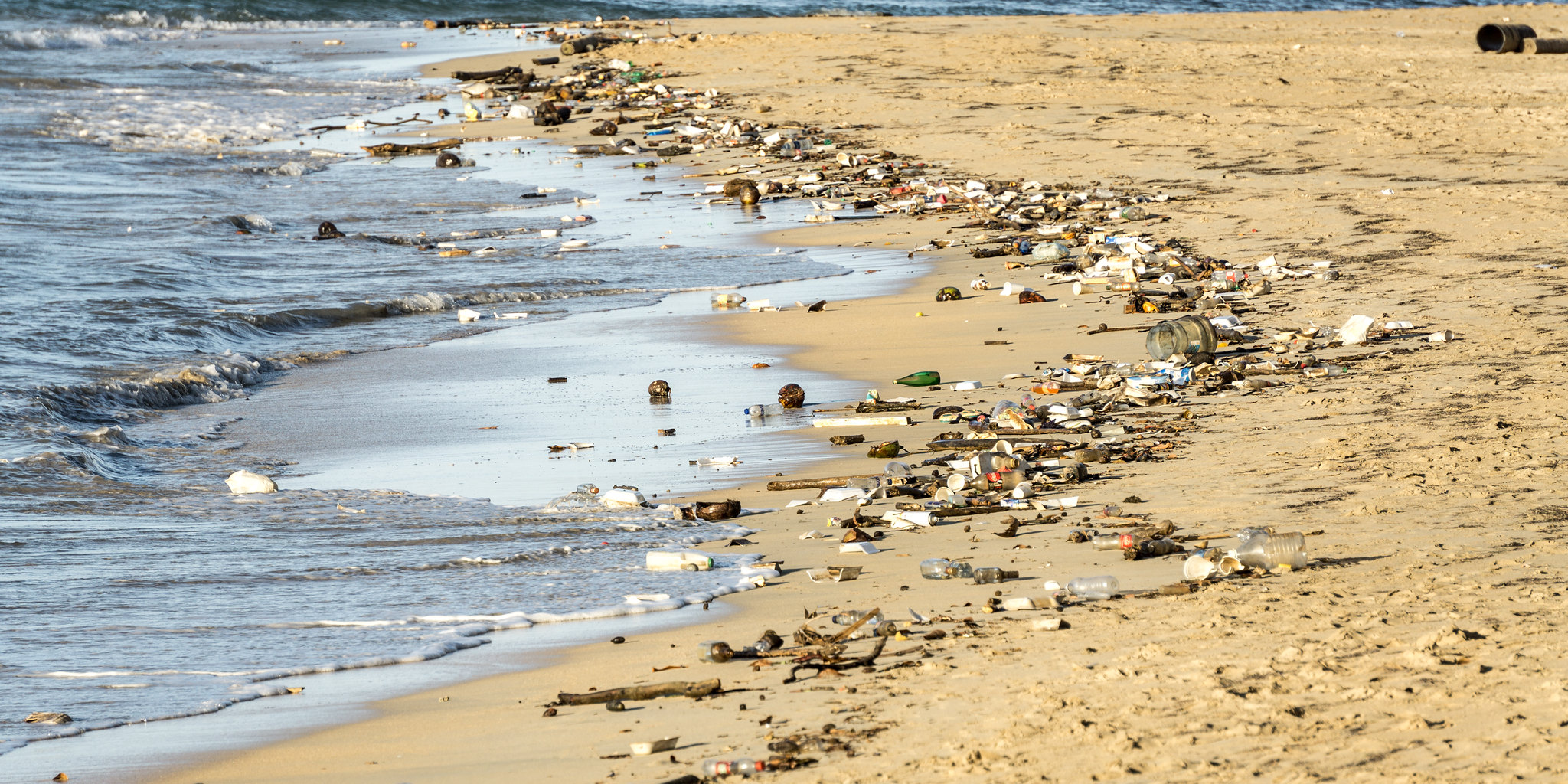 We are more aware than ever of the impact of pollution on marine life, from ingestion and entanglement in manmade waste, through to the discovery of microplastics within microorganisms, fish and large mammals. One perhaps overlooked impact is its role in the spread of invasive species. Acting as a raft on which potential invasive species can attach, floating marine litter can significantly expand a species’ ability to colonise new regions.

Floating marine debris may comprise a wide range of materials and structures. While plastic waste is the most common, and has the potential to travel the furthest, glass, metal and wooden objects may all harbour hitchhikers as they travel across ocean currents.

The enormity of the problem was starkly illustrated by the 2011 earthquake and tsunami in Japan, which sent 5 million tonnes of debris across the Pacific Ocean, much of which made land on the west coast of North America and Hawaii. One study counted 289 Japanese species living in the debris, all potentially able to disrupt the native marine communities in their new home. Even more surprising was the fact that some organisms had survived over 5 years drifting at sea.

The distance travelled doesn’t have to be this extreme to have a significant impact on the native community. A recent study analysed a community of molluscs fouling a 13.5 metre metal buoy discovered off the Israeli coast and found that it was dominated by non-native species; three quarters of the individuals were new to the region and one was new to the Mediterranean (Gregariella cf. ehrenbergi). The source of the buoy was found to be over 200 miles west along the coast at Port Said, Egypt, at the entrance to the Suez Canal. Migration of species from the Red Sea to the Mediterranean Sea (known as the Lessepsian Migration) is a constant risk due to natural migration and shipping activities; large detached floating marine debris is now another pathway that needs to be monitored for potential invasive species.

Although organisms have always colonised new areas by rafting on natural objects, such as driftwood and macroalgae, the scale of pollution in our seas has created a flotilla of manmade objects capable of transporting a greater abundance and diversity of species.

The introduction of new floating materials might also have an impact on the type of organisms that travel. A 2018 study in the Bay of Biscay found 3300 individual organisms from 23 species (five non-native) attached to 94 pieces of mostly plastic litter along a stretch of coast 190 km long. They also found that the composition of the litter material influenced the type of organisms that were attached, with hard plastic housing the most diverse biota.

The surprising length of time that species can survive on floating debris, and the pervasiveness of plastic and other litter in our oceans, means that the potential for invasive species to spread via this pathway is a growing concern and an important area of research to watch.

By Rebecca Quarterman and Hannah Fielder Lionfish populations continue to expand, threatening the well-being of coral reefs and other marine ecosystems (Image: Pixabay) The majestic, unusual looking Lionfish could be seen as harmless to the untrained e…