A new study has determined the compatibility of chemical pesticides – commonly used by maize growers – with the natural biological control Trichogramma ostriniae (Hymenoptera: Trichogrammatidae), an egg parasitoid of the Asian corn borer pest.

The research, co-authored by CABI with the Chinese Ministry of Agriculture and Rural Development (MARA) – CABI Joint Laboratory, provides valuable results which can be used to design an integrated pest management plan combining chemical pesticides applications with augmentative releases of T.ostriniae wasps against maize pests.

They wanted to discover, under laboratory conditions, residual toxicity to adult parasitoids, the lethal effect of the pesticides on the parasitoid’s eggs inside the host egg, and on the reproduction of the parasitoid’s female offspring.

As outlined in the journal Ecotoxicology and Environmental Safety, the researchers found that the safe interval between pesticide applications and releases of T.ostriniae is between two to three weeks. Caution is needed in interpreting the laboratory bioassay data because abiotic factors such as rain, sunlight, wind, and dew might affect the impact of pesticides in the open-field conditions.

Three tested pesticides, including ethiofencarb, glyphosate, and benzoyl cyclazole were slightly harmful to T. ostriniae adults, whereas the other seven pesticides were moderately harmful.

The pesticide residues of ethiofencarb, and emamectin benzoate, showed slightly persistence of toxicity to T. ostriniae adults, in contrast to the remaining pesticides.

Glyphosate, emamectin benzoate, imidacloprid, ethiofencarb, and propiconazole were classified as harmless, causing less than 30% reduction in emergence rate of wasps from host eggs, while atrazine, pendimethalin, topramezone, benzoyl cyclazole, and difenoconazole were classified as slightly harmful, causing between 31–52% reduction in parasitoid emergence rates.

The scientist further found that the number of eggs subsequently laid by T. ostriniae females that had emerged from parasitized host eggs treated with atrazine was significantly reduced compared to which of untreated parasitized host eggs. No negative effects were observed with atrazine treatment on the emergence rates of wasps, their wing deformity rates and sex ratios.

Native to tropical and sub-tropical America, the highly invasive fall armyworm (FAW), Spodoptera frugiperda was first reported in Africa in 2016. The pest quickly spread to every country in sub-Saharan Africa, reaching Zambia in late 2016. Fall armywor… 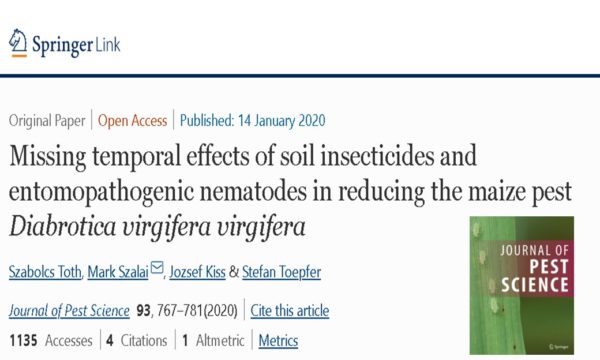 The power of negative results: paper on problems managing western corn rootworm among most downloaded in 2020 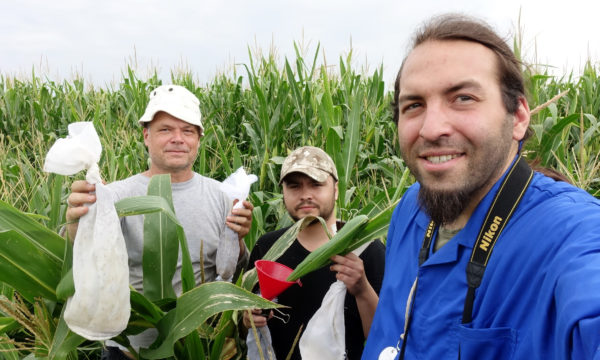