Himalayan Balsam: Cause or Associate of Soil Erosion?

Himalayan balsam (Impatiens glandulifera) is a non-native annual plant that was introduced into parts of Europe during the mid-nineteenth century as an ornamental plant for parks and gardens.

This plant species was first recognised as an invasive species and a threat to ecological stability in the 1930’s. However, since then the problem has escalated and is now of international concern, due to its negative impact on ecosystem biodiversity. This is primarily due to its ability to out-compete and overcrowd native vegetation. Himalayan balsam has now naturalised in many countries, resulting in a shift in management strategies from attempting to remove the invasive plant, to limiting its territory and further spread.

Control methods for invaded areas are limited. One of the most effective approaches is by physical removal through pulling and destroying. This provides immediate success within small areas, however it is impractical to implement over large areas such as river systems and the need for regular monitoring of the cleared areas. Therefore, this approach is largely considered to be unsustainable in the long-term.

I.glandulifera thrives in damp, nutrient-rich soils that experience frequent disturbance, such as riparian zones (areas adjacent to a water system such as banks). These riparian zones are an important ecological habitat as they are the interface between terrestrial and aquatic environments. One such important ecological service of riparian zones is the promotion and maintenance of geomorphic stability of riverbanks, moderating stream flow and filtering pollutants entering water courses.

The success of riparian zones for providing these services is based on the sustained year-round vegetative cover (from plants such as reeds, rushes, ferns and bramble); since this aids in the preservation of the structural integrity of riverbanks by reducing soil erosion.

It is believed that Himalayan balsam reduces the ability of riparian zones to complete these ecological services in areas that are heavily colonised by the invasive plant. This is based on life cycle traits that enable Himalayan balsam to out-compete native flora; rapid seed production, fast growth rate, height (2-3 metres tall) and ability to self-pollinate. Native plant species are displaced by stands of Himalayan balsam that, even with its very shallow root system, holds together the sediment and organic matter in the riverbank during the growing season. However, balsam is an annual plant, therefore over the winter period the plants dieback, leaving banks bare, causing an increase in sediment erosion and an influx of nutrients and organic matter into the water, thus reducing water quality and damaging benthic communities.

A study was undertaken by the University of Basel to investigate the impact of Himalayan balsam on river bank erosion and evaluate the impacts of colonisation of this invasive plant on riparian zones.

Over a two year period, two study sites (rivers in Switzerland and the UK) containing balsam populations were monitored for soil surface profile (SSP) changes and compared to that of non-invaded areas using erosion pins and digital calipers. The findings from this study provide scientific evidence to support the observations that soil loss is significantly greater during winter periods in areas that are colonised by Himalayan balsam. However, part of this association may be due to the preferred habitat type of Himalayan balsam (i.e. areas naturally prone to erosion) in addition to infestations of the plant increasing the amount of erosion. 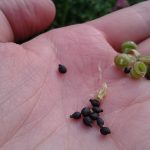 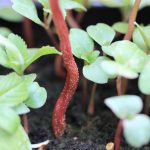 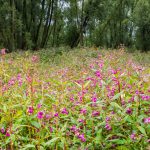 With this study supporting the understanding of the impact of Himalayan balsam on ecological systems, it is ever more important to aim towards more successful management practices to control the further spread of this invasive plant. For example, by the implementation of the classical biological control strategy that CABI is pioneering.

If you would like to read further on Himalayan balsam, its effects on soil erosion and general information on its invasive status, please see the links below: