Dr Pablo González-Moreno, one of CABI’s senior researchers with expertise in invasive plant ecology, has joined a workshop of international scientists concerned with investigating the invasive non-native species that pose the greatest threat to Gibraltar’s terrestrial and marine environments.

Dr González-Moreno shared his knowledge and expertise of terrestrial plants as well as details of CABI’s Action on Invasives programme, which is championing an environmentally sustainable, cross-sectoral and regional approach to dealing with invasive species, the Horizon Scanning Tool that helps pinpoint possible cross-border threats, and the Darwin Project coordinated by Dr Norbert Maczey which is also looking at the threat of invasives on another UK Overseas Territory – St Helena and the Falkland Islands.

The workshop, which was coordinated by colleagues from the UK-based Centre for Ecology and Hydrology (CEH) as well as Gibraltar Government’s Department of the Environment and the University of Gibraltar, is part of an ongoing assessment of the potential impact of invasive plants, insects and animals in the UK’s Overseas Territories and was funded by the UK Government. It stems from a bigger project led by the GB Non-Native Species Secritariat, also with UK Government funding.

The assessment is reviewing all known non-native species that could reach Gibraltar in the next decade. It is also helping the Department of the Environment consider its response to the ways in which these species could arrive as well as their impact. The horizon scanning approach was first carried out in the UK in 2012 and eight of the top ten species identified at that time have since been detected in the UK.

CEH’s Professor Helen Roy, who is the Project Leader and Principal Scientist said, “It is a great privilege to work with such amazing experts in Gibraltar. Together we are considering many different plants and animals across the marine and terrestrial environments in the region to make predictions about potential threats to biodiversity, society and the economy of Gibraltar”.

Minister for Environment and Climate Change, Professor John Cortes, said, “We often don’t realise how invasive species – from tiger mosquitoes to the Asian sea alga we now have around our shores, and even attractive species such as some flowering plants, can impact negatively on our biodiversity and also on the wider environment and our quality of life.

“This type of research is essential in our understanding of the issues in informing us on taking action to prevent and restore. There is of course work still to be done, but I am pleased to see from the analyses presented, that Gibraltar scores highly in what is already being done”.

Last year, CABI scientist Dr Marc Kenis – working from CABI’s Swiss Centre in Delémont, contributed to a new paper, led by Professor Roy and published in the journal Global Change Biology. The paper identifies 66 species – not yet established in the European Union – which pose the greatest threat to European biodiversity and ecosystems.

This story was originally covered by Your Gibraltar TV.

Find out more about Dr Pablo González-Moreno and his work at CABI including the search for a biological control of Japanese Knotweed.

Lean more about the impact of invasive species.

Discover more about a range of topics relating to invasive species, including biosecurity surveillance, mapping and modelling, economics of invasive species and species interactions in plant invasions from the CABI Invasives Series. 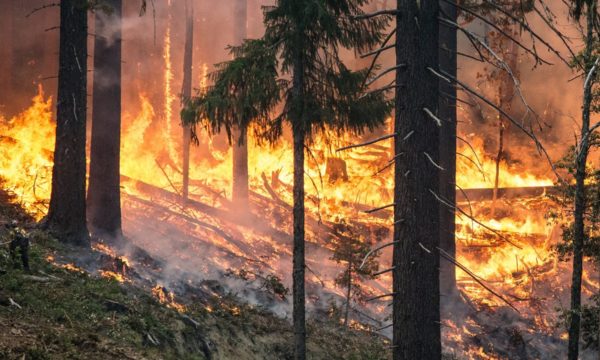