By Susan Moran. Reblogged from bioGraphic.

Across Kenya’s wildlife-rich Laikipia Plateau, a thorny enemy is advancing. But a tiny sap-sucking insect may help save the region’s animals and people. 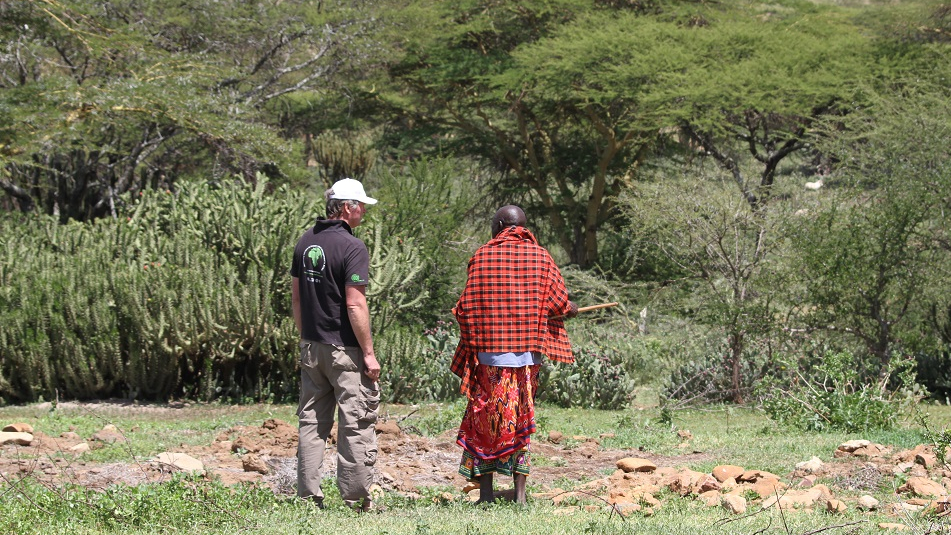 Before the sun has peeked above the horizon, Philip Nangoo Larpei, a Maasai elder in his 60s or 70s (he hasn’t kept track), is already outside checking his livestock. His wife milks the family’s cows and goats, filling plastic jugs. After the milking, one of Larpei’s grandsons, a boy of around seven, releases some two dozen cows from a corral and leads them down a slope in search of grasses to forage. Some of the cows’ lips are visibly cut and distorted by cactus spines, which poke from their skin like toothpicks.

I walk with Larpei as he trails behind his grandson. He scans the rolling terrain in search of elephants, which frequently roam through these fields in northern Laikipia, Kenya. As soon as I take my eyes off the ground, several cactus spines poke my arm and ankle. I curse the cactus—an invasive plant—as I try in vain to pluck the tenacious spines while simultaneously navigating the thicket before me. Native shrubs, forbs, and grasses are in short supply on this dry, compacted reddish soil.

“These cattle used to have plenty of grass to eat right here, around our home, but now they have to walk farther and farther to find anything worth eating,” Larpei says later in his backyard as his wife delivers a pot of chai. Flies flock to our cups. Wafts of cow manure suffuse the morning air.

As Larpei sees it, the cactus must go, or he will lose his livelihood and have to move his family to elusive greener pastures. Some of his neighbors have already left. If they can’t get rid of the cactus, he says, “in 10 years this land will be gone. There will be no one living here, nothing left to graze on.”

This article was originally published on biGraphic, read the article in full with fantastic accompanying photography→