Biopesticides have been leading the non-chemical pest control assault on swarms of locusts in Somalia, helping to control, without the use of harmful chemical pesticides, one of the most destructive agricultural pests in world: Schistocerca gregaria, commonly known as the desert locust.

In 2020, the FAO championed the use of a biopesticide in agriculture called Green Muscle™, which CABI helped to develop, to control locusts in Somalia – organising the spraying of this product at its largest-ever scale over more than 100,000 hectares. This natural, non-chemical product has been leading the way in the effort to encourage the use of biopesticides in agriculture, particularly in the fight against locusts in Africa.

Why are desert locusts such a threatening pest?

Locusts have voracious appetites: in one day, an average 1 km2 swarm (made up of around 40 million individual locusts) can eat the same amount of food as approximately 35,000 people.

Locusts regularly ravage crops in many parts of Africa and Asia, putting smallholder farmers’ livelihoods and food security at severe risk. Over the past two years, some 20 million people in East Africa (Ethiopia, Kenya, Somalia, South Sudan, Tanzania and Uganda) have faced acute food shortages due to swarms of desert locusts.

In 2020, Kenya suffered its worst locust crisis in 70 years. At the peak of the crisis, the country was tackling over 500 swarms in 28 of its 47 counties – some of the swarms were the size of Luxembourg.

However, since late 2020, a biopesticide product called Green Muscle™ has been helping to halt the locusts in Africa.

CABI’s work in the biological pest control of desert locusts

CABI has been working to control the spread of locusts since the late 1980s. Leading an international team in 1989, CABI developed a safe and effective biological – or natural – product to use against locusts and grasshoppers as part of the LUBILOSA programme.

Aiming to create a non-chemical pest control alternative to the chemical control of locusts, the programme developed a spore-based biopesticide that attacked nymph and adult desert locusts. It was derived from a fungus that attaches to the external body surfaces of insects.

In 2009, the FAO reported that the LUBILOSA product had successfully treated 10,000 hectares of land infested by red locusts in Tanzania. A full-blown invasion would have threatened the food crops of 15 million people.

CABI licensed the product to Éléphant Vert, a company that specialises in biological products. Using its extensive facilities, Éléphant Vert mass-produced and marketed the product, which is now called Green Muscle™. 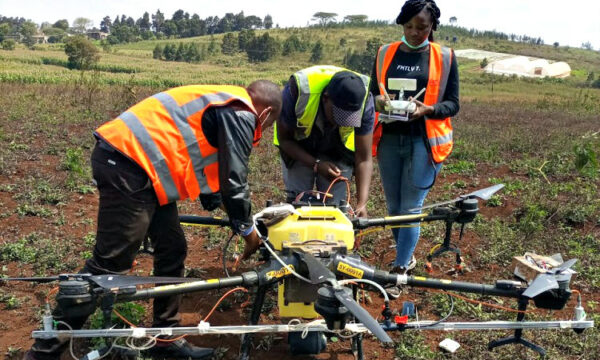 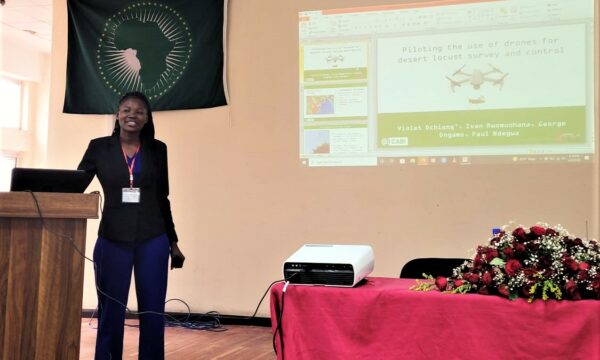