CABI has convened a webinar attended by 125 participants from the Americas, to highlight the various management options to fight Fusarium wilt of banana.

Fusarium wilt of banana – also known as Panama disease – is a fungal disease that specifically attacks bananas, a food staple for more than 400 million people in developing countries.

In Africa, for example, around 70 million people are dependent on bananas in some way, while Latin America accounts for around 60% of global banana sales.

However, a new and more damaging form (race) of the disease called Fusarium oxysporum f.sp. cubense (FOC) Tropical Race 4 or FOC TR4 for short has emerged.

FOC TR4 is considered a phytosanitary priority topic in the Americas.

The disease was first recorded in Southeast Asia as far back as the 1970’s and has been steadily advancing across the globe decimating banana plantations and now potentially threatening around 80% of the world’s banana crop.

FOC TR4 is soil-borne and enters the banana plant through the roots. As it progresses, the disease clogs the water carrying vessels of the plant depriving it of water and nutrients.

The disease first causes yellowing and wilt along the edges of mature lower leaves causing them to wilt and droop downwards, forming a ‘skirt’ around the plant. As the disease progresses younger leaves are affected until the whole plant succumbs. The plants will eventually die usually before a bunch is formed.

The recent discovery of FOC TR4 in Colombia and Peru in 2019 and 2021 respectively, has raised concerns within the banana export industry, which is now on high alert for the disease.

CABI’s Dr Richard Shaw, Senior Regional Director, Europe and The Americas, opened the webinar which was moderated by Nelson Laville, Head of Plant Protection and Quarantine Services of the Ministry of Agriculture from Dominica, Co-chair of the Caribbean Plant Health Directors (CPHD) Forum.

Dr Rob Reeder, an expert in banana diseases based at CABI’s laboratories in Egham, UK, gave a presentation on how Fusarium wilt – particularly FOC TR4 – is managed.

Here he gave a background on the fungus, its lifecycle and infection process, movement and dispersal.

In terms of the management of Fusarium wilt, Dr Reeder described how Oceania, east and south east Asia have been dealing with FOC TR4 for more than 20 years.

Dr Reeder said, “Many practices to eradicate FOC have been tested, but there are no reports of complete elimination of the pathogen.

“This means that until acceptable resistant cultivars become available, the most effective way of managing the disease is still by exclusion or early detection and destruction of infected plants followed by strict biosecurity measures for containment.”

Biosecurity measures to reduce FOC TR4 spreading include using clean planting materials and preventing the movement of contaminated soil and water, either via natural processes or man.

Disinfection of tools, footwear, working surfaces, vehicles, and equipment used in the banana plantations​ are required as well as weed management, as several common weeds have shown to be capable as acting as alternate hosts for the disease.

In his presentation Dr Reeder contrasted the effectiveness of biosecurity measures in Australia and Taiwan. Australia is one of the few countries that has manged to contain the disease.

However, in Taiwan the disease spread rapidly throughout the banana growing region despite initial containment policies.

Dr Reeder said, “FOC TR4 was first detected in Taiwan in 1967 and emergency measures to contain the spread were put in place by the government in 1970.

“Infected plants were dug out, cut into pieces and treated with lime before being buried to a depth of 60cm or deeper. Eight surrounding ‘healthy’ plants were also destroyed in the same way.

“Unfortunately, the approach proved difficult to implement and police and as the epidemic progressed, growers abandoned the guidelines. Emergency measures had little impact on the spread of the disease and were discontinued by 1973.”

Dr Reeder went on to describe management approaches once the disease had been confirmed and how these needed to be adapted depending on the disease pressure.

Finally, he highlighted the most recent research findings on soil factors that encourage or discourage disease development, concluding that

“There is no one single approach to disease management once the disease has become established and an integrated approach is required that enhances ‘soil health’ as well as the management of plant stress,” Dr Reeder said.

See also ‘Triple attack on bananas could devastate $35bn global industry’ and ‘Banana farmers in Uganda and Tanzania reap a 64% increase in yields worth an extra USD $8.15m.’ 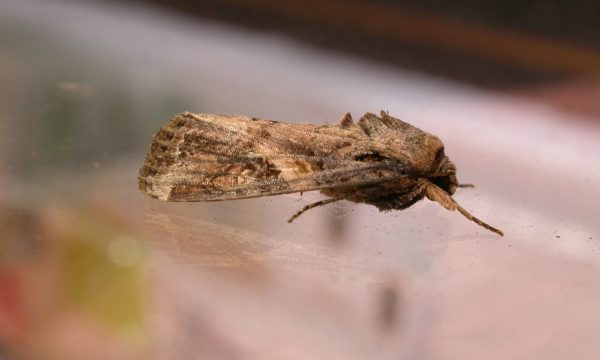 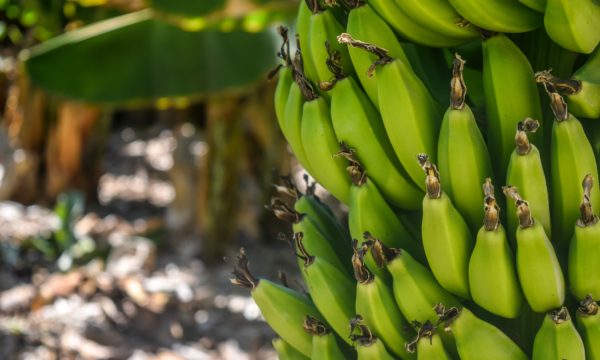