CABI has highlighted the top 20 crop pests and diseases for possible prioritization in the Eastern Caribbean as part of a special presentation given to the Caribbean Plant Health Directors Forum (CPHD) aimed at strengthening food security in the region and further afield.

Dr Yelitza Colmenarez, CABI’s Centre Director, Brazil, told the conference of CPHD – with the participation of key partners including the FAO, IICA, OIRSA, USDA-APHIS, CIRAD, CARDI, CAHFSA and CABI Member Countries from the Caribbean – that the introduction of new pest and pathogen species are a serious threat to food security within the Organisation of Eastern Caribbean States (OECS) and globally.

With the help of a range of CABI tools and platforms, including the Crop Protection Compendium, Invasive Species Compendium, Horizon Scanning Tool and Pest Risk Analysis Tool, Dr Colmenarez says 20 key insects, bacteria, fungus and viruses pose a particular threat that needs to be identified, monitored and mitigated.

Other species in the list include swollen shoot virus (CSSV) in cocoa which is transmitted by Planococcoides njalensis, coffee berry disease (Colletotrichum kahawae) and Pantoea stewartii subsp. stewartii in corn.

Dr Colmenarez said, “The impact of invasive species and the associated pests and diseases cannot be underestimated in terms of the threat to food security, the health of humans and animals, the back-breaking and time-consuming task of weeding which is often performed by women, up to 40% of EU border rejections of good due to pesticide residues and the potential damage to biodiversity through habitat loss.

“While the criteria for prioritization varies according to country – based upon the predicted economic impact that crop pests and diseases could cause the country and its commodity crops – the use of diagnostic systems to monitor, map and mitigate these species is of prime importance.

“Additionally, Sanitary and Phytosanitary (SPS) measures at points of entry for goods need to be improved significantly to help stop the spread of invasive pests and diseases between countries within the Eastern Caribbean states.”

As an example, Dr Colmenarez told the conference that Neoleucinodes elegantalis alone can have a devastating impact on tomato production with losses in Brazil ranging from 45% to 90%.

“Furthermore, Zebra Chip – Candidatus Liberibacter solanacearum – is an emerging disease of potato which is causing millions of dollars to the potato industry in the US, Mexico, Central America and New Zealand, occasionally leading to the total abandonment of potato fields, Dr Colmenarez added. “Surveillance is a very importance aspect of development communication and extension of which community-based action can play a pivotal part.”

Dr Colmenarez’s presentation followed confirmation that a CABI-led initiative aimed at helping to reduce the risks of Invasive Alien Species (IAS) has been approved for adoption across the Caribbean as part of a wider plan to encourage travellers to self-declare items that may post a security risk.

The Caribbean Biosecurity Interceptions System (CBIS) – a database for interceptions at ports of entry – has been approved by the Caribbean Plant Health Directors (CPHD) to help reduce the risks posed by IAS such as the Barbados racer, Barbados rice rat and the cane toad. It is hoped the CBIS will be in place later this year.

See also the news story ‘Biosecurity Interception System to be adopted across Caribbean to improve surveillance for Invasive Alien Species.’

CABI is supporting the fight against invasive species in the Caribbean. As part of PlantwisePlus activities and with funding from the CABI Development Fund, visits took place to support the governments of Grenada and Barbados. Dr Yelitza Colmenarez, CA… 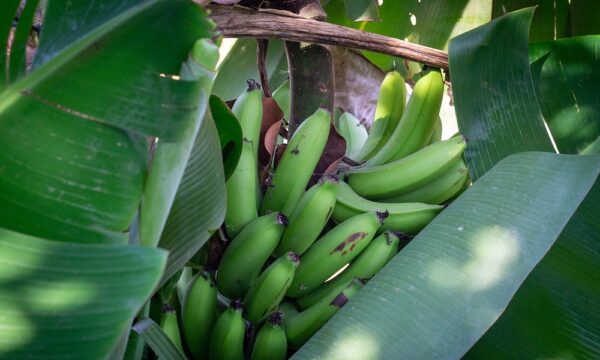