Could invasive plant management prevent the spread of malaria?

CABI scientists have joined an international team of experts who suggest that the large-scale management of a range of some invasive plants could hold the key to reducing the spread of deadly malaria.

Dr Arne Witt and Dr Sean Murphy worked with scientists from the University of Illinois, The Ohio State University and the Fundación para el Estudio de Especies Invasivas (FuEDEI) in Argentina, to conduct a review of existing studies which looked at how mosquitoes are attracted to both land and water-based invasive plants such as water hyacinth, floating pennywort and prosopis and how best these invasive plants can be managed.

The review paper ‘Would the control of invasive alien plants reduce malaria transmission’, funded by the Bill & Melinda Gates Foundation and published in the journal Parasites & Vectors, maintains that an integrated management strategy would contribute to the control of malaria which in 2013 caused around 855,000 deaths in Sub-Saharan Africa.

They found that certain invasive plants provide shelter or resting sites and produce abundant rich nectar, a source of energy which significantly increases their ability to transmit this deadly disease.

“This review paper provides additional evidence that invasive plants have cross-cutting impacts across multiple sectors, from human health to biodiversity, and as such require a multisectoral management approach, one that can probably only be achieved by establishing a biosecurity unit or similar, which is funded directly from the treasury and not via any particular Ministry. It is obvious that invasive species cannot be managed in isolation within a country or by only one country within a region – we need to better coordinate our activities in order to protect biodiversity and improve livelihoods, including human health.”

The team, in advocating an integrated management strategy to control invasive plants to curb the spread of malaria, suggest that a combination of cultural, physical, chemical and biological methods should be implemented followed by rehabilitation or restoration of natural ecosystems.

Dr Sean Murphy, Global Scientific Advisor, IPM and Modelling, CABI, said, “In the case of aquatic invasive plants, available evidence suggests that the management of these plants would contribute to malaria control and we maintain that this is best achieved in an integrated way.”

The authors conclude that while a number of studies indicate that in areas with more abundant or richer nectar sources, Anopheles mosquitoes will live longer and greater populations can be sustained, the effects on human biting behaviour are less clear.

In recommending further research, the scientists believe that where there is high exposure to Plasmodium, enhanced by the presence of invasive plants, there is potential for invasive plant management to contribute to an integrated malaria control strategy. However, many further experiments on mosquito foraging behaviour and its implications for malaria transmission potential and mosquito population growth and spread would be required to inform what such a strategy would look like.

Native to tropical and sub-tropical America, the highly invasive fall armyworm (FAW), Spodoptera frugiperda was first reported in Africa in 2016. The pest quickly spread to every country in sub-Saharan Africa, reaching Zambia in late 2016. Fall armywor… 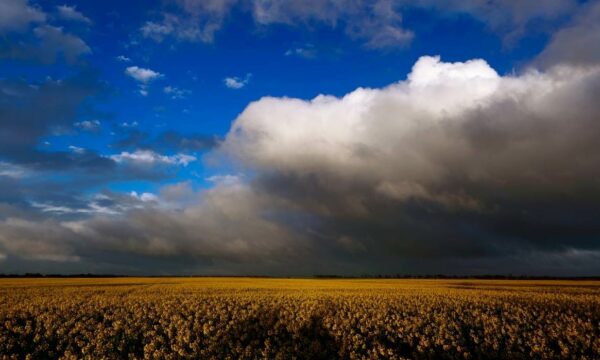 COP26: climate change and its impact on invasive species