Invasive species experts from CABI have been working in partnership with a range of international organisations, including more than 200 members of a local community and a musical band, to help get rid of the common pest pear Opuntia stricta from the Socotra Archipelago, Yemen.

Dr Arne Witt, CABI’s Coordinator: Invasive Species, is providing guidance to the local UNEP/GEF team and in extension to the Environmental Protection Authority (Socotra branch), the Socotra Office for Agriculture, the Hadiboh District and the Socotra Governorate, in the implementation of a cactus eradication programme on the continental island group – designated a UNESCO Natural World Heritage site in 2008.

Steps are being taken to remove common pest pear, also known as Australian pest pear, Opuntia stricta, which can have a negative impact on biodiversity and animal health. Pastoralists in Kenya and Madagascar, where the invasive plant is also present, believe the cactus species poses one of the greatest threats to rangeland productivity and livestock health.

Opuntia stricta, native from Ecuador to the USA, was introduced as an ornamental and has spread widely.

The ongoing project, entitled ‘Support to the Integrated Program for the Conservation and Sustainable Development of the Socotra Archipelago’, is funded by the Global Environment Facility and is being implemented by UN Environment and executed by the Senckenberg Society for Nature Research (Germany) working together with CABI and the Ministry of Water and Environment (Yemen) and the Environmental Protection Authority (Socotra Branch). Mr Uwe Zajonz, coordinating from Senckenberg, states that this project is addressing, among others, invasive species, sustainable land-use management, biodiversity conservaton, and protected areas to further strengthen efforts to protect Socotra’s unique flora and fauna.

Dr Kay Van Damme, Scientific Coordinator and Terrestrial Biodiversity and Protected Area expert to the Project, said, “The terrestrial ecosystems on Socotra and the communities that depend on the islands’ natural resources already face large challenges such as soil erosion, land conversion, overgrazing, climate change and the breakdown of traditional practices which have in the past contributed to the protection of the island’s biodiversity.”

Dr Witt added, “Invasive alien species – such as Opuntia stricta – are also known to pose a significant threat to island ecosystems, and Socotra is no different. The project aims to not only manage introduced species already present, and which have the potential to become invasive, but to also to prevent new pest incursions occurring. To this end it is critical that quarantine efforts at all ports be enhanced through the implementation of biosecurity measures, including the training of staff, awareness creation, and the purchase of equipment. 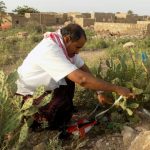 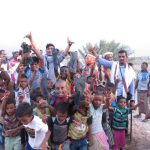 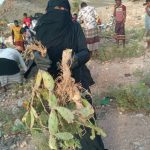 “Gaining community support is critical if control efforts are to be sustained, that is why local people were informed of the threats posed by this noxious weed by several UNEP/GEF team representatives active in Socotra such as Ahmed Saeed Suleiman, IAS expert-in-training, Haifa Saeed Ali Tayseer Bazayad, responsible for community engagement and gender equality, and Ali Yahia Ali Mahross, responsible for communication, awareness and knowledge management, before they were invited to help take part in the eradication process.”

One of the local men burying Opuntia

The first place already targeted for eradication was Suq, a village to the north coast of Socotra – just east of Hadiboh. The local UNEP/GEF team coordinated with the local team of the Socotra Cultural Heritage Project (British Council) to ensure no archaeological remains in this culturally-rich area were affected before 200 local men, women and children took part in the awareness campaign and helped manually remove over 100 plants and facilitate their “burial.”

Ahmed Saeed Suleiman said, “The people of Suq accompanied us and a local band joined in, who played music and sang while we worked. The poet improvised lyrics at the spot, linked to the activity and the impacts of the exotics. Women and men contributed in a group effort during the eradication, understanding the gravity of the cactus on the health of their children, animals and the environment.”

Two other sites near Hadiboh have also been targeted for the eradication of Opuntia stricta as part of the ongoing development and implementation plan for the management for selected invasive alien species that may also include the apple-of-Peru Nicandra physalodes and wild tobacco Nicotiana glauca.

Previous GEF-funded efforts on Socotra in 2009 resulted in the eradication of the highly invasive Indian house crow and subsequent removal of Prosopis spp, an invasive shrub from the Americas.

By Susan Moran. Reblogged from bioGraphic. Across Kenya’s wildlife-rich Laikipia Plateau, a thorny enemy is advancing. But a tiny sap-sucking insect may help save the region’s animals and people. CABI’s Dr Arne Witt with a Masai man in Laikipia, K… 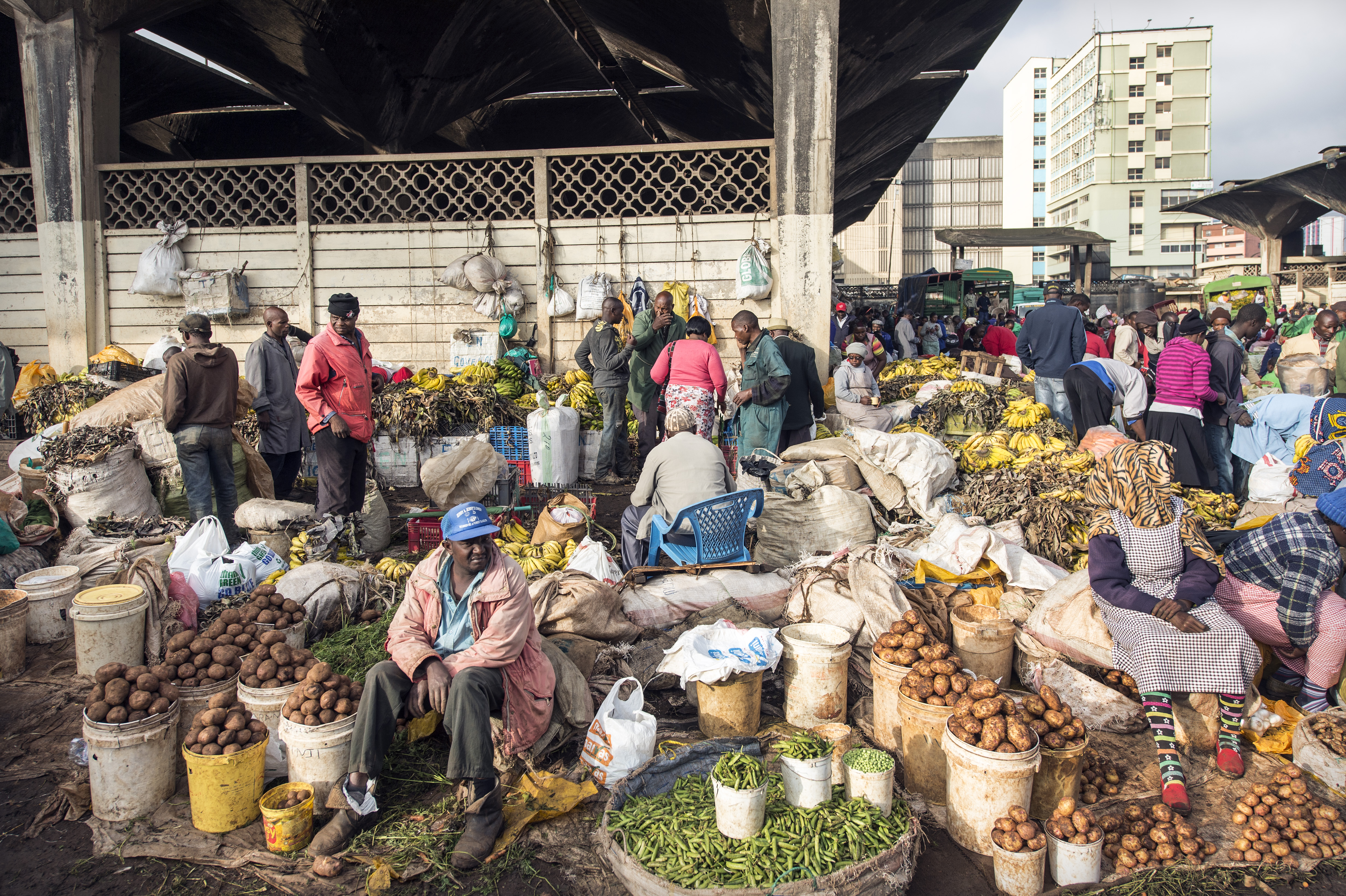 Invasive species: A global threat to trade and livelihoods

In the eye of the invasive species storm 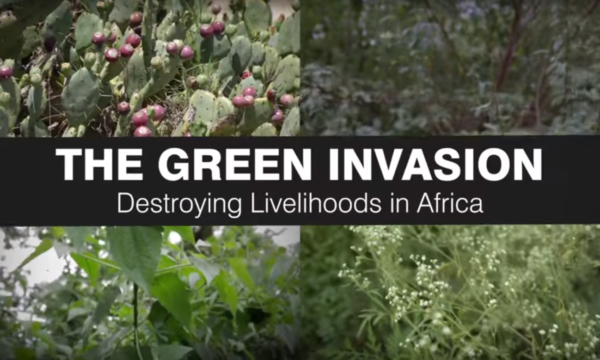