Invasive apple snails, formerly known as Golden Apple Snails (GAS), are an invasive species that pose a threat to crops, ecosystems and even humans. These natives of South America have spread to many other parts of the world, through both deliberate and accidental introductions. Called apple snails because they can grow to the size of an apple or a tennis ball, these molluscs can wreak havoc on both agriculture and the environment, and can also carry diseases that infect humans. Invasive apple snails have been listed among the world’s 100 most invasive species by IUCN/GISD. Belonging to the genus Pomacea, there are several species of apple snail that have become invasive. In Southeast Asia, the most important of these pest species are P. canaliculata and P. maculata (formerly known as P. insularum).

It is believed that the Pomacea species were first brought to ASEAN countries in the early 1980s, both for the aquarium trade and as a food source. However, the snails were not a popular dish, and the trade in them as a food source did not take off. Unwanted snails were discarded, and began to populate local waterways. Since apple snails can grow and reproduce all year round – so long as there is sufficient water – it wasn’t long before they established large populations throughout the region. In recent years, frequent flooding due to climate change further accelerated their spread. In 2009, invasive populations of Pomacea species were discovered in Brunei Darussalam, on the island of Borneo. It is thought they were introduced accidentally since there is no food or pet trade for them in this country.

Invasive apple snails can cause significant economic losses, predominately through their role as a pest of wetland rice crops. In the Philippines, for example, invasive apple snails caused economic losses of between USD 425 million and USD 1.2 billion in 1990. In Thailand, it is estimated that this invader causes losses to agriculture of around USD 3 million per year. In addition to eating rice plants – Pomacea species can eat 100% of newly sown rice plants in one day – these snails have been reported to eat more than 20 other types of crops, including vegetables, taro, water fern and morning glory. The economic costs associated with Pomacea species arise both directly, through the destruction of rice and other crop plants by the snails, as well as indirectly, through payment for pesticides and labour costs for physical removal of the snails.

Invasive Pomacea species pose a number of threats to native biodiversity and ecosystems. In Vietnam, native apple snail species are becoming rarer while the invasive apple snail species are becoming more abundant. Large numbers of invasive apple snails consume aquatic plants known as macrophytes that would normally act as biofilters, helping to naturally recycle nutrients and maintain water quality. It is thought that Pomacea may have already pushed some particularly fragile ecosystems in ASEAN countries into irreversible decline.

The invasive apple snail has implications for human health because Pomacea species are known to transmit a nematode (roundworm) called Angiostrongylus cantonensis, also known as the rat lungworm. People who are infected with rat lungworm show symptoms similar to bacterial meningitis and, although in most cases they recover, this disease can occasionally lead to neurological problems and even death. It is a particular problem in southern China, where it is common practice to eat raw snails.

There are various control measures that may be used to control the impact and spread of invasive Pomacea species. Adult snails may be physically collected and removed from rice paddies. However, in Thailand farmers have reported collecting over 60 kg of snails per hectare in some infested areas, so physical removal is not necessarily a practical option. Bamboo posts may be used to encourage female invasive apple snails to lay their eggs on them, and the egg masses can subsequently be physically removed and destroyed. Synthetic chemical pesticides are used to combat these snails, but the misuse and abuse of these chemicals has caused undesirable impacts on the environment, non-target species and even human health. Biodegradable plant extracts are a more environmentally friendly option that has exhibited some success in laboratory experiments undertaken in Thailand, but their registration and commercialization is still limited. Biological control measures are also important, and it has been noted that birds, such as the Asian openbill stork (Anastomus oscitans), and fish, for example climbing perch (Anabas testudineus), may be important forms of biological control since they are effective natural predators of apple snails. However, at the present time most snail management techniques cannot be easily adopted by farmers, as these techniques are labour-intensive, uneconomical, ineffective at reducing snail numbers to non-damaging levels, and not environmentally friendly. Thus, new and innovative approaches should be developed and promoted to manage the overpopulation of invasive apple snails, especially in directly seeded rice fields.

Invasive apple snails have proved to be a major problem both economically and environmentally across many parts of the world, and in ASEAN countries in particular. It is imperative that affected countries work together to monitor the spread of these organisms and to develop effective, ecologically and economically sustainable approaches for the integrated control of this destructive invasive species.

Ratcha Chaichana is currently Assistant Professor at the Department of Environmental Technology and Management, Faculty of Environment at Kasetsart University, Thailand 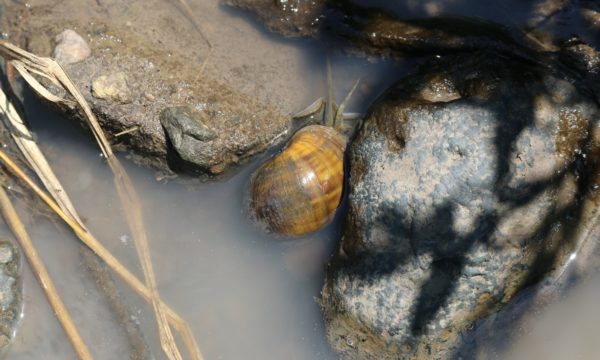 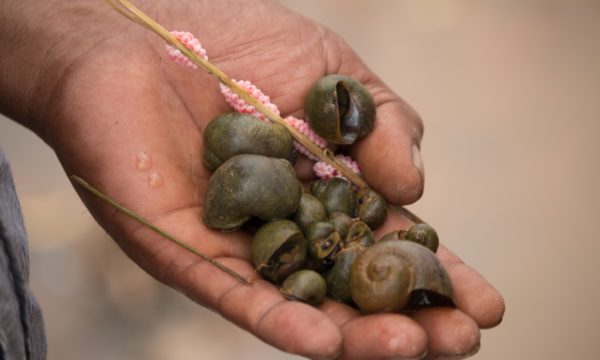