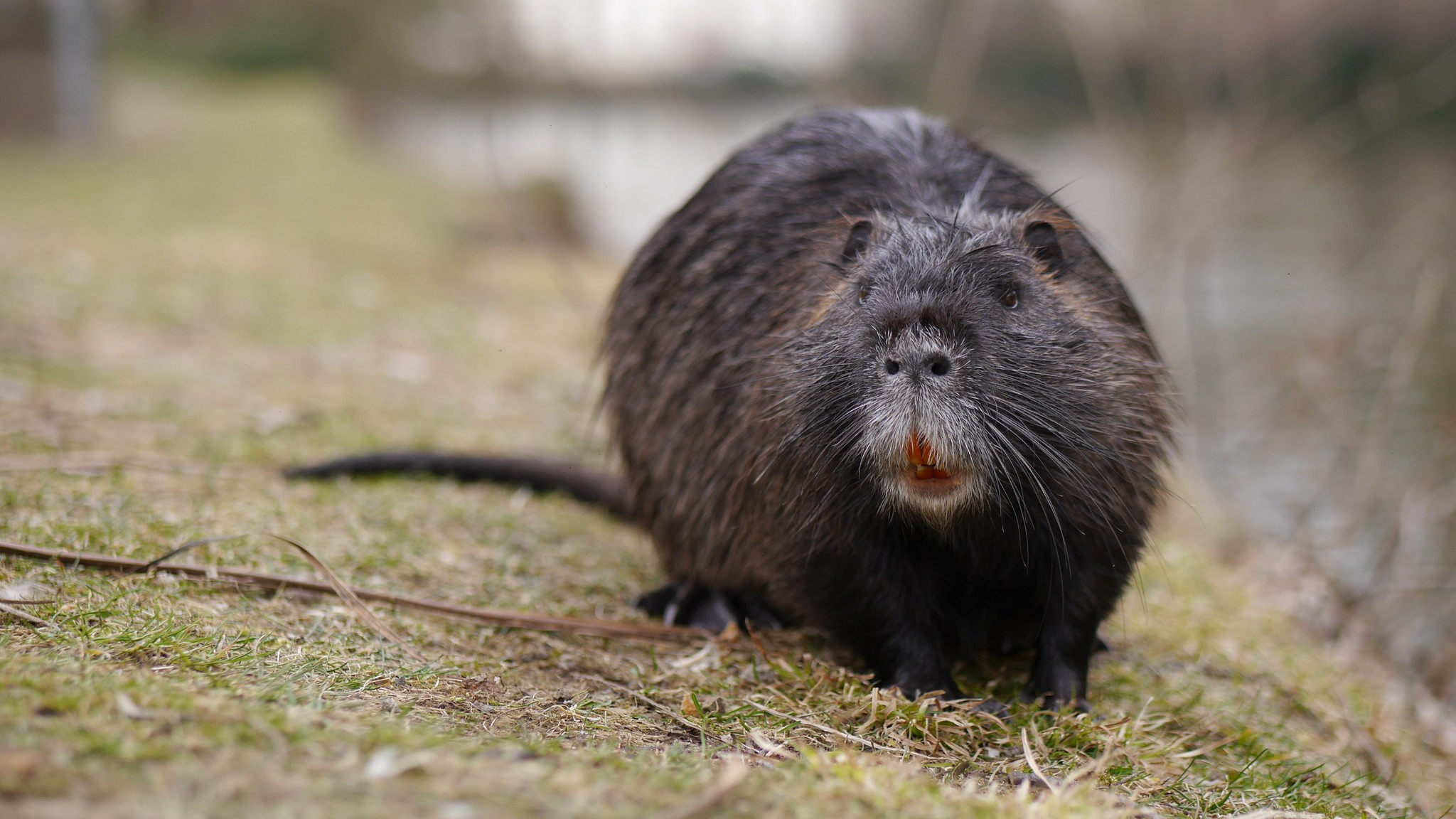 Coypu are strong swimmers and live in burrows or nests near water; on riverbanks, lake shores, or wetlands. (Photo: Thorsten Krienke, Flickr)

One of the greatest threats to biodiversity is the invasion of alien species into an ecosystem.  These can occur through natural migrations as a result of recent habitat or climate change, or species can be introduced by human activities, both accidentally or deliberately.  Invasions are occurring at an increasing rate as a result of faster environmental change and increased movement by human populations.

Like all countries, Ireland has experienced a number of mammal invasions in recent decades.  Species such as the grey squirrel, greater white toothed shrew, bank voles and American mink have all become established, and in each case the opportunity to eradicate the animal and stop the invasion has long gone. Occasional records of other novel mammals such as Siberian chipmunks and raccoons offer an insight into who the next great invader may be.  However, one mammal further along the road to becoming established is the coypu, or nutria (Myocastor coypus).

Coypus are semi-aquatic rodents, native to much of South America.  They are also one of the world’s most successful invading mammals having become established in parts of North America, Middle East, Africa, Asia (including Japan) and much of Europe.  They are almost exclusively herbivorous feeding on vegetation in and around most freshwater rivers, lakes and wetlands. Coypu adults weigh between 5 and 9 kg, with a body length of about 60 cm.  Their presence can be detected by long footprints with webbed toes, and by their complex burrow systems dug into the banks of rivers.  Like many semi-aquatic animals, their eyes, ears and nostrils sit high on their heads, to observe their surroundings and breathe while mostly submerged.  They are fairly social animals that live in high densities, and tend to be found in groups populated by related females.  Coypu can breed quickly, reaching sexual maturity within their first year, with on average 5.4 pups per litter. 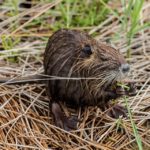 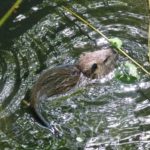 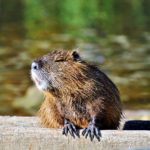 Their population numbers vary considerably from less than 1 to as many as 24 per hectare, and at their highest densities they can devastate native plants, damage crops and impact severely on drainage systems.  Like many rodents, coypu also carry various zoonotic diseases such as leptospirosis, salmonellosis and botulism, and parasitic diseases including Toxoplasmosis.  They can also carry a Strongyloides nematode that causes dermatitis, known as ‘nutria itch’, with outbreaks recorded in places such as Louisiana, USA.

Most coypu introductions result from escapes from fur farms, however it is not clear why they have started to appear in Ireland recently.  They may be escapees from pet farms, or from private collections. A population of breeding coypu was identified in Curraheen, Co Cork, and the National Parks and Wildlife Service responded with an eradication programme.  Although the eradication was initially thought successful, subsequent reports of further sightings in the area have been received.  Control programmes often struggle with ‘the law of diminishing returns’; as the animal numbers reduce they become harder to find and it is difficult to know if the last individual has been removed.  Other records have been received by the National Biodiversity Data Centre in Ireland from Limerick, Tipperary, Galway and Dublin, however some of these still have to be validated.

A well-publicised sighting in the Royal Canal in Dublin in May 2019 was later dismissed as a false alarm, but helped to bring the potential invader to the attention of the public, and will hopefully lead to increased vigilance and quicker response times.  Coypu were successfully eradicated from the United Kingdom in 1989, from a peak of 200,000 animals centred around East Anglia.  Similarly Ireland has successfully eradicated another invasive rodent, the muskrat, after a concerted trapping programme in the 1930s.  Undoubtedly though, it is easier to prevent the invaders from arriving in the first place, than attempting to remove them once they are established.

Colin Lawton is a lecturer based in the Ryan Institute, School of Natural Sciences, NUI Galway.  He is a conservation ecologist, specialising in mammal ecology, in particular rodents.   He completed his PhD in 2000 in Trinity College, Dublin, on the ecology of invasive grey squirrels, before moving to Galway in 2001.  His research group have conducted several projects on invasive animals in Ireland, such as grey squirrels, dormice and American mink, and he has worked on several applied ecology projects aimed at protecting native Irish species. 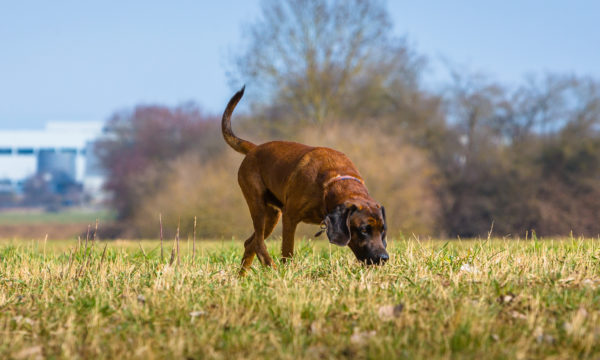