The Asian jumping worm (Amynthas agrestis), also known as the crazy worm, is a litter dwelling earthworm which can harm forests and biodiversity by changing the soil structure and forest floor vegetation.

The jumping worm is native to East Central Asia and is now widespread in North America, predominantly in forests but also in nurseries and compost heaps. Its long-distance spread has occurred through horticultural trade and possibly through earthworms being used as fishing bait.

What does the jumping worm look like and how does it reproduce?

The Asian jumping worm is a surface-dwelling red earthworm which can grow up to 8in (20cm) in length. The invasive worm is distinguished by the aggressive, thrashing movement it makes when disturbed. It even shreds segments of its tail in defence. Its name arises from the earthworm’s ability to jump around a foot (30cm) into the air.

Jumping worms have a life cycle of around one year and are hermaphrodites and can reproduce without mating and produce cocoons at the soil surface.

How invasive is the jumping worm?

The jumping worm presents challenges to homeowners, gardeners and forest managers. These invasive worms outcompete other earthworms and diminish soil quality. This leaves it inhospitable to many native plant species and susceptible to increased erosion.

What is the impact of the jumping worm on biodiversity?

Jumping worms are ferocious eaters. They can destroy a forest ecosystem by chewing through fallen leaves, in turn destroying the top layer of forest soil upon which many plants and organisms depend. The soil they leave behind is dry and grainy like coffee grounds. This in turn deprives trees and other plants of essential nutrients.

The impact of their feeding can be a loss of soil moisture, compacted soil, exposed roots, erosion and an increase of pathogens and non-native plants.

How can we prevent and control the spread of the jumping worm?

Research suggests that preventing their introduction is the most effective method of controlling the spread of the invasive worm into new habitats.

Despite their wide dispersal across the United States, more research into traits linked to the jumping worm’s dispersal capacity, establishment and spread is needed to counter them.

Invasive species are one of the five leading drivers of global environmental change. CABI has worked on invasive species for over 100 years. We provide robust data on their impacts on human well-being and the environment. Plus, develop practical ways of tackling the biggest threats.

December 5th is World Soil Day. This UN observance day raises awareness of the importance of maintaining healthy ecosystems by addressing the growing challenges in soil management, such as invasive species. Increasing soil awareness and encouraging societies to improve soil health is vital to our food systems. 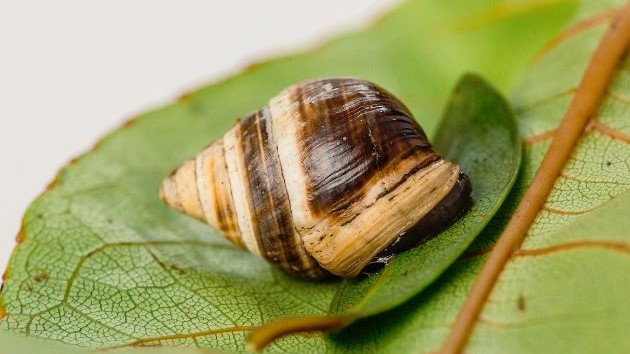