Parthenium hysterophorus is a noxious weed and a growing threat for agriculture, human health as well as the economy.

Dr Umair Safdar talks through the documentary shown to farmers

In Pakistan, it has been reported that this weed is present almost everywhere, but the dilemma is that the general public have little to no knowledge about its harmful impacts. Keeping in view these facts, CABI in Pakistan under the Action on Invasives programme, recently launched an awareness drive in the rural areas of the Sheikhupura district to spread information on the negative impacts of this alien weed among more remote communities.

Working with the extension service of the agriculture department, CABI reached out to the rural community with farmer training programmes that ran from mid-July until the end of August. During this time over 10,000 farmers attended meetings across 438 villages.

Members of these rural communities, particularly farmers, were given information about the identification and management of Parthenium known locally as ‘Gajar Booti’. Attendees learned that it was an alien weed that suppresses the growth of crops resulting in significant reductions in yield. Furthermore, the harmful impacts of Parthenium on human health and livestock were described.

In the last week of September 2018, Weeding Week also took place in Sheikhupura district, across 24 villages. The aim of Weeding Week was not only to raise awareness about Parthenium but also to encourage action-oriented tasks by ‘Rooting Out’ this noxious weed from fields.

In the week-long activity, a documentary on the identification and management of Parthenium was shown to farmers to deepen their understanding. At the opening ceremony of Weeding Week, Mr. Hashim Raza, Deputy Director Agriculture (Extension) in Sheikhupura, explained the importance of this exercise and highlighted that “we need to work on war-footing to eradicate this weed from our fields and surroundings through community action.” In this week long activity, vans equipped with audio visual material and banners were also used.

“We saw this plant as attractive with its white flowers but after participating in Weeding Week we have come to know that this plant is harmful not only for agriculture but for health as well,’’ reported one farmer.

Talking to the participants at the closing ceremony, Director General of Agriculture (Extension & Adaptive Research) in Punjab, Mr. Zafar Yab Haider, praised the efforts of CABI to highlight this very important issue and acknowledged the collaboration and  facilitation provided by CABI to the Agriculture department (Extension) in spreading this message. He further added that extension field staff will continue to spread this message in their regular farmer meetings so that Parthenium could be managed. Moreover, the Director for Plant Protection in Punjab, the Director of Agriculture Extension (Lahore Division), and CABI officials were also present at the event. At the end of the event participants also did demonstration by Rooting Out parthenium.

The stem boring weevil Listronotus steosipennis has been approved for release as a biocontrol agent for the management of Parthenium hysterophorus in Pakistan. Parthenium has spread throughout much of the country causing problems in both rural and urba… 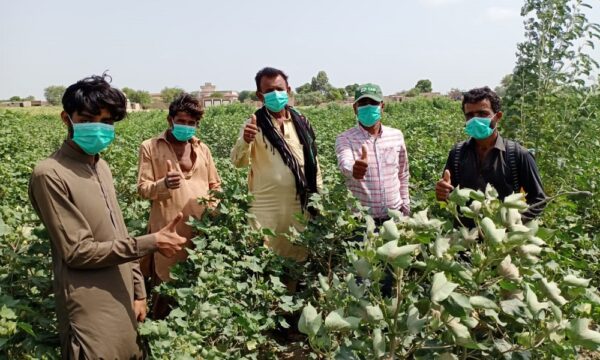 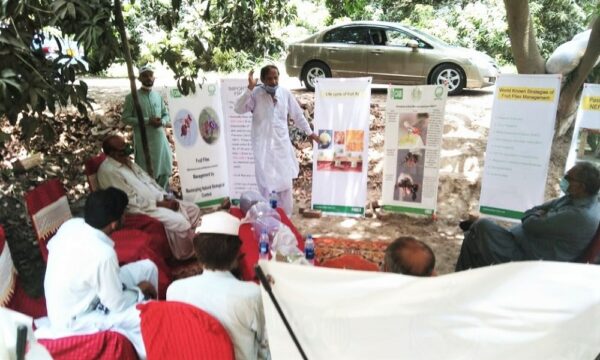 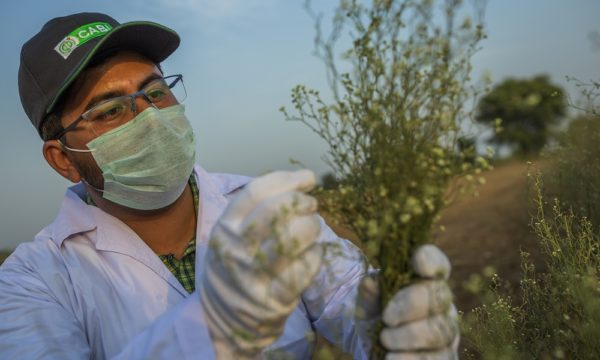 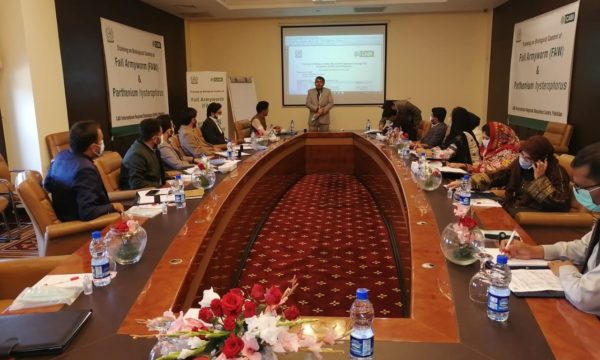